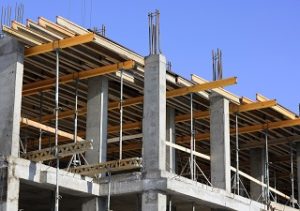 The Association filed a complaint back in June of 2013 that alleged D.R. Horton had violated the Florida Building Code, breached warranties, and was negligent in their construction of Heron’s Landing. The residents of Heron’s Landing testified to what they had experienced in their condos which included, “wet carpets and drywall, mold, wall cracking, roof leaks, and increasing noise coming through the walls from nearby units.” Id. 1205. The Association also had expert witnesses, W. Ron Woods and Bryan Busse, testify as to Heron’s Landing’s faulty construction- which led to the first issue that D.R. Horton brought forth.

D.R. Horton filed a motion which sought to preclude the testimony of both Woods and Busse on the grounds that their testimony was “without proper foundation, based upon extrapolation,” and that the testimony did not pass the threshold of admissibility required by Florida statute. Id. at 1204. During the hearing on D.R. Horton’s motion, Woods testified to his almost 40 years of experience in building condition assessments and surveys, the standards he used when investigating building conditions and how such standards were peer-reviewed by engineers, architects, and building design professionals, as well as his conclusion that the issues he found would had been observable during construction.

The trial court found under the Florida statute and the Daubert standard, that the methodology used by the experts, Woods and Busse, was scientifically reliable, had been peer-reviewed, had been developed by people in the relevant industry, and was generally accepted in the scientific community which meant the testimony was admissible. However, while the appeal for the instant case was pending, the Florida Supreme Court decided DeLisle v. Crane Co., which adopted the Frye standard in evaluating expert testimony instead of the Daubert standard which the trial court used in the instant case.

D.R. Horton also brought up a second issue on appeal that alleged that the Association suffered no actual damages as a result of the building code violations. The appellate court shut down this argument due to the residents’ testimony of the issues they encountered within the Heron’s Landing condos as well as the expert testimony from Wood and Busse; both evidence of actual damages. Further, D.R. Horton was aware of the faulty construction because Heron’s Landing’s project supervisor had informed D.R. Horton of the problems that existed during construction; therefore, D.R. Horton could not argue that they were unaware of the faulty construction of Heron’s Landing.

The information in this article is for general purposes only and does not constitute, and should not be taken as, legal advice for any individual case or situation. This information is not intended to create, and does not create, an attorney-client relationship with DLD Lawyers. No content in this article may be reproduced by any means or in any medium without prior written permission of DLD Lawyers.