In an effort to put Florida in the forefront of the growing autonomous vehicle technology, on June 13, 2019 Governor Ron DeSantis signed CS/HB 311, which seeks to establish a statutory framework in hopes of accelerating the development and operation of self-driving vehicles. Governor DeSantis proclaimed that “[s]igning this legislation paves the way for Florida to continue as a national leader in transportation innovation and technological advancement.” 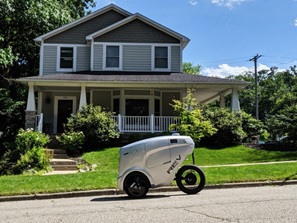 Drivers in several other U.S. cities have been sharing public roadways with autonomous delivery vehicles, and in Ann Arbor, Michigan, the developers of a new autonomous vehicle have designed a robot called the REV-1 to operate on local streets. The four-foot-tall robot simulates a bicycle weighing about 80 pounds and travels at a top speed of 15 mph, and capable of riding in both auto and bike lanes.

The developers claim the three-wheeled vehicle’s ability to move between bike and auto lanes gives it more flexibility and minimizes clogging traffic. Its small size allows it to come to a complete stop in about five feet, allowing for the use of lower-cost sensors like cameras to see ahead and avoid accidents. “We’re trying to emulate what it is to be a cyclist,” states Matt Johnson-Roberson, the company’s co-founder and co-director of the UM Ford Center for Autonomous Vehicles (FCAV).

The REV-1 has been delivering food from two Ann Arbor restaurants to the company’s employees, and will soon begin making deliveries to the general public. Once service expands, Refraction AI will find itself competing in an increasingly busy space alongside companies like Kroger, Domino’s Pizza, Uber, Nuro, Waymo, Walmart, Amazon, Doordash and Starship Technologies all vying for territory and experimenting with new ways to deliver food to customers.

Unlike its competition, the REV-1 doesn’t require expensive and complicated navigational tools, and relies primarily on multiple cameras, radar and ultrasound, allowing it to reduce its cost to around $5,000.00. Presently, the REV-1 makes deliveries between .5 and 2.5 miles away, a distance that may allow Refraction AI (artificial intelligence) to tap into a market of folks eager for safe and quick last-mile delivery solutions, Bob Stefanski, managing director of eLab Ventures, told TechCrunch.

The real question is how soon will self-driving vehicles be making deliveries in local Florida neighborhoods.

As an attorney with a B.M.E. in Mechanical Engineering from the Georgia Institute of Technology, I plan to closely watch Florida’s growing autonomous vehicle technology and self-driving initiative. 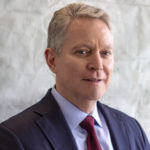