Earlier this year, the Fourth District Court of Appeal of Florida (Fourth DCA) concluded in Arch Insurance Company v. Kubicki Draper, LLP, that an insurance company that hires a lawyer to defend one of their insureds has no standing to bring a malpractice claim against the lawyer who is hired to represent the insured.  Following the decision, the Fourth DCA certified a question of great public importance to the Florida Supreme Court, which will decide “whether an insurer has standing to maintain a malpractice action against counsel hired to represent the insured where the insurer has a legal duty to defend.”

As of now, the Florida Supreme Court only recognizes two situations in which a third-party is permitted to pursue a legal malpractice claim against counsel they were not in privity (parties to a contract-one party has an obligation to the other) with.  These exceptions to the privity requirement are collectively referred to as the strict privity exceptions.

In the instant case, Arch Insurance Company (Arch) hired Kubicki Draper, LLP (Kubicki) to defend its insured.  Arch settled the lawsuit within its insured’s policy limits, but felt it paid more than it should have because Kubicki mishandled the case.  Arch then brought a legal malpractice action against Kubicki alleging the law firm had delayed in filing the insured’s statute of limitations defense.  Arch asserts in its malpractice action that had Kubicki raised the statute of limitations defense earlier, the case could have been settled for less than the final settlement amount. Kubicki responded saying that it was not in privity with Arch, and that as a result, Arch had no standing to bring a legal malpractice lawsuit.

The circuit court agreed with Kubicki and granted its motion for summary judgment, meaning the case was dismissed.  In reaching its conclusion, the circuit court considered the three federal cases Arch relied on to support its legal malpractice claim against Kubicki, neither of which the circuit court found persuasive.

The first case Arch presented was Hartford Insurance Co. of Midwest v. Koeppel (Koeppel).  In Koeppel, the federal court “guessed” as to whether Florida courts would extend the strict privity exception and recognize an insurer’s malpractice claim against an attorney retained to represent its insured. The second case was Nova Casualty Co. v. Santa Lucia (Nova), which relied on Koeppel’s “guess” and concluded that they were forced to predict how Florida courts would rule if presented with the question of whether an insurer can bring a malpractice claim against the law firm it hired to represent its insured.  Lastly, U.S. Specialty Insurance Co. v. Burd, built off both Koeppel and Nova in concluding that an insurer may file a malpractice claim against the law firm that it hires to represent its insured. Despite Arch’s efforts, the circuit court stated it would not adopt such an expansive view of what types of third-parties may bring a legal malpractice suit against an attorney or law firm.  The circuit court reasoned that the Florida Supreme Court severely limits which third-parties meet the strict privity exception, and it would abide by their precedent.

The Fourth DCA agreed with all of the circuit court’s analysis and affirmed the circuit court’s decision that Kubicki was in privity with the insured, not Arch, and therefore Arch had no standing to file a legal malpractice action against Kubicki.  The Fourth DCA ‘understood’ Arch’s position which argued that they should be able to file a malpractice suit against Kubicki, because it was the entity that retained the law firm. The Fourth DCA, however, disagreed. 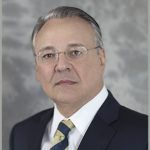 Frank Labrador maintains an active trial practice in the areas of complex litigation, premises liability, along with auto and trucking liability. He has extensive experience in all areas of products liability, with a focus on issues of design, manufacturing and labeling defects in consumer and industrial products. Mr. Labrador also assists insurance companies with insurance…