The United States Court of Appeals for the Eleventh Circuit recently affirmed the United States District Court for the Southern District of Florida’s decision against allowing insurance holders to be indemnified for “ill-gotten gains.”

Sabal Insurance Group provided workers’ compensation and general liability insurance to Quality Aircraft Services (QAS), paid for by Miami-Dade Aviation Department (MDAD). MDAD became suspicious of Sabal overcharging them and began a thirty-month investigation into the matter. The investigation determined that Sabal allegedly obtained over $416,000 from MDAD by creating invoices with fraudulently inflated premiums. However, $180,807.87 of the $416,000 was obtained within the statute of limitations. This investigation resulted in Ian M. Norris, the President and CEO of Sabal, being arrested, and Norris and Sabal being charged with grand theft.

Norris and Sabal entered into a settlement agreement with the State of Florida which provided a payment to MDAD in the amount of $183,807.87, a donation to the Denise Moon Memorial Fund at The Miami Foundation for $100,000.00, and $20,000.00 to MDAD for the costs of the investigation.

Philadelphia Indemnity Insurance Company (PIIC) provided Directors & Officers (D&O) liability insurance to Sabal. PIIC refused to indemnify Sabal for the charges paid to the State of Florida as per the settlement agreement. PIIC said the charges Sabal paid were restitution, and under the policy between PIIC and Sabal, restitution was not considered “damages” but was considered a criminal sanction and was not covered as a “loss” under the insurance policy.

The Courts agreed with PIIC reasoning that it goes against public policy to allow people to be insured against their own intentional misconduct. If people were allowed to receive coverage for their intentional wrongful acts, in this case, restitution for ill-gotten gains, it would merely compensate the wrongdoer.

In determining that the payment to MDAD ($183,807.87) was restitution for ill-gotten gains, the Court noted that the payment to MDAD was nearly identical to the amount of Sabal’s ill-gotten gains ($180,807.87) that accrued within the statute of limitations. This payment was to make MDAD whole for their losses as a result of Sabal’s intentional misconduct. The Court further noted that an admission of guilt from the wrongdoer was not needed. If the Court were to require a determination of guilt, criminals would be encouraged to enter into settlements, and never technically admit their guilt, so they could be indemnified for their settlement payments through their insurance providers.

The Court concluded for the same reasoning as above that Sabal would not be indemnified for the $20,000.00 paid to MDAD for the cost of the investigation since this payment was also considered restitution.

The District Court found the donation paid to the Denise Moon Memorial Fund at The Miami Foundation to be restitution as well. The Appellate Court disagreed and considered the donation a penalty. In reaching their conclusion the Appellate Court reasoned that the $100,000 had no connection to the remaining $235,192.13 (obtained beyond the statute of limitations) that Sabal allegedly obtained through ill-gotten gains. Moreover, the donation was not paid to MDAD, but instead to a third-party who suffered no losses as a result of Sabal’s alleged wrongdoing. Although the payment was characterized as a donation, it was neither voluntary nor tax deductible. For these reasons, the Appellate Court concluded that the donation was a penalty and was not covered as a “loss” under the policy between Sabal and PIIC.

The Appellate Court affirmed the District Court’s ruling. As a matter of Florida law, insurance contracts do not insure the restitution of ill-gotten gains.

The case references are below. 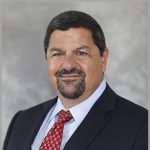